Much like delicately aged French wine or grass-fed Argentinian beef, Italian leather is synonymous with quality and tradition.

The Italian peninsula has long been regarded as the epicentre of leather production worldwide, but what's all the fuss about? And is leather Italia everything it claims to be? If you're eager to find out, keep reading below. 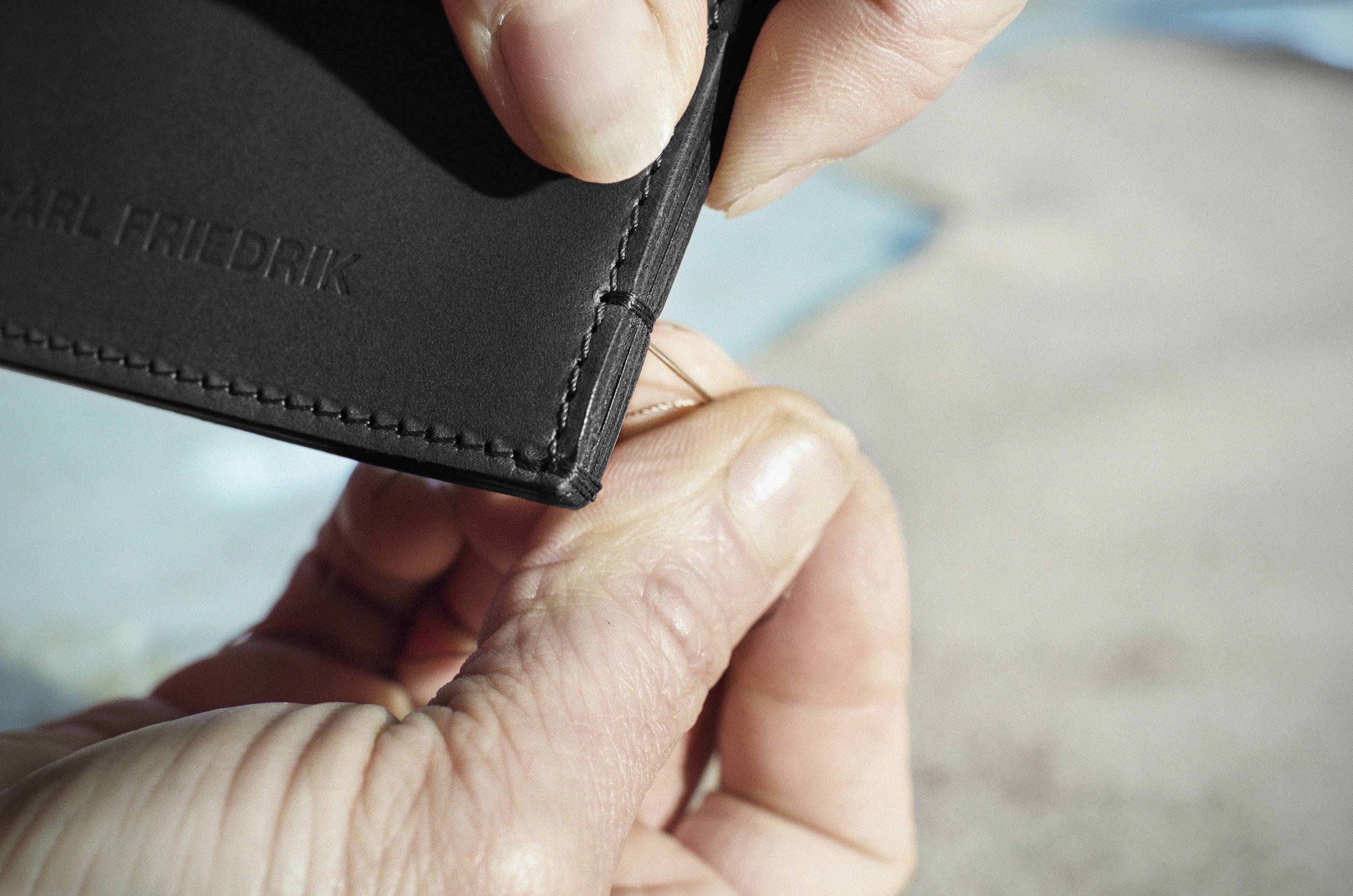 What is Italian leather?

Put simply, Italian leather is that which is produced in Italy. The nation boasts many of the best tanneries in the world, who often specialise in a particular method of leather production called vegetable tanning. The process involves using natural vegetable tannins — organic substances found in tree bark, plants and fruit — to create leather.

The premium leather that Italy is renowned for is the full-grain, vegetable-tanned kind. Removed from the outermost layer of the animal’s skin — the most durable part of the hide — full-grain leather has an unaltered grain structure and is subsequently extremely robust. By combining the highest quality grain of leather with a complex but rewarding tanning method (vegetable tanning), Italian artisans are able to produce an exceptional type of leather.

It must be stated, however, that the term ‘Italian leather’ is not protected, and so does not guarantee consumers a certain degree of quality. The phrase merely advertises the location in which the material is manufactured. Cheaper, inferior types of leather are also produced right across Italy. ‘Italian leather’ is really a catchall, geographical term, but sellers will often use it in their marketing collateral to benefit from the prestige associated with it.

There are tell-tale signs for identifying premium Italian leather goods, but more on that later. First let’s explore Italy’s historical relationship with leather. 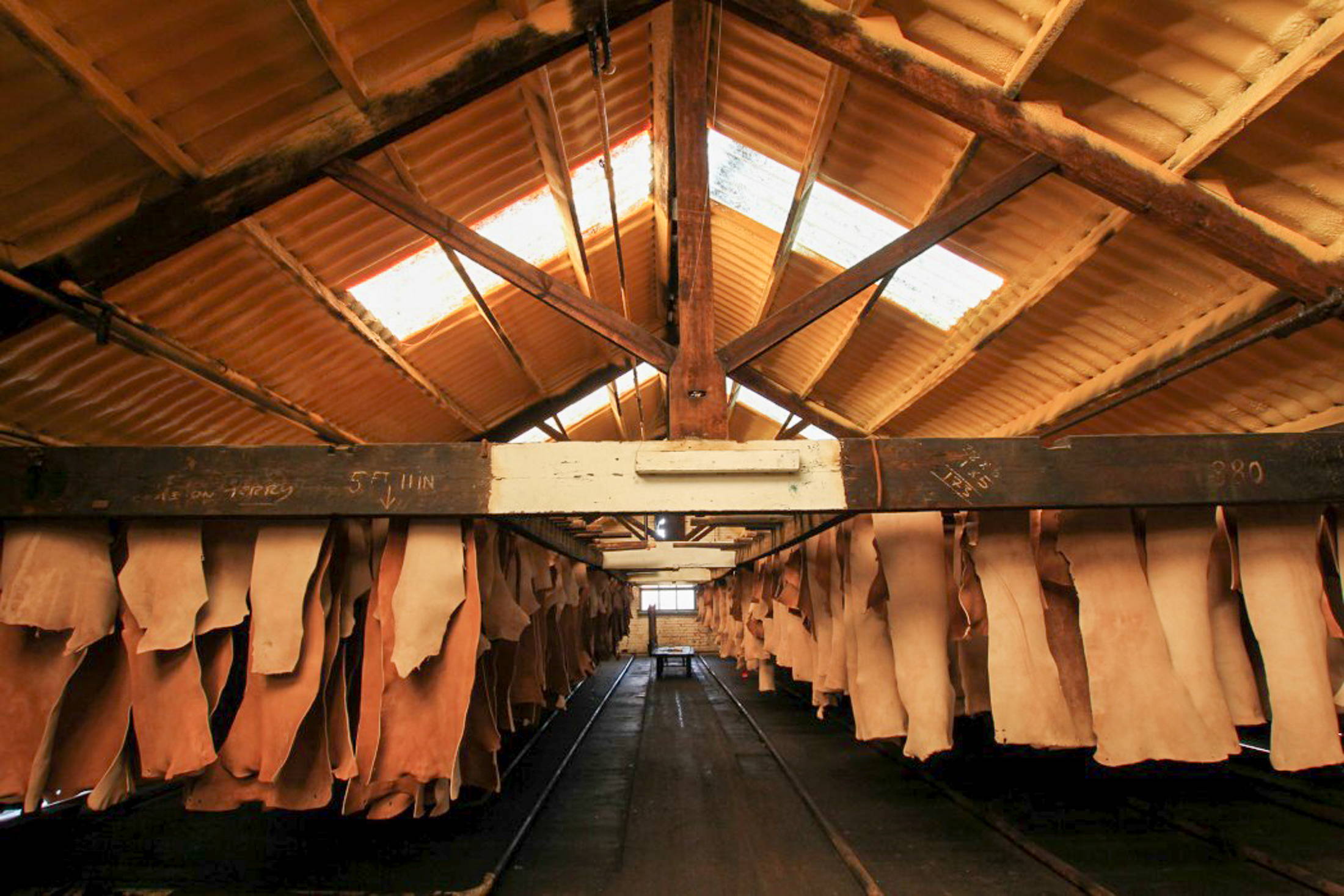 Leather tanning in Italy has a rich socio-cultural history that dates back to the Etruscan civilisation in the 8th century BC. The Etruscans were the first people to explore and harness the technique of vegetable tanning, the basic principles of which remain the same today. Key to this early progression were expert shoemakers, who produced durable sandals for everyday use.

Leather production grew in social importance under the Romans, as the material was used in everything from transportation, to clothing and warfare. During this period, the art of vegetable tanning also became a regulated industry, and complex leatherworks started to spring up across the Roman Empire. Excavations of the ruins of Pompeii, a city destroyed by a volcanic eruption in 79AD, revealed a once-thriving tannery.

In 1282, the Arte dei Cuoiai (Leather Workers Guild) was born. It was one of many professional guilds in Florence (others were present in developed cities like London), secular institutions that protected trade secrets and enforced strict quality standards. This ensured the city’s leather industry remained highly competitive on the international stage. To this day, dotted along the banks of the river Arno from Florence to Pisa, esteemed leather artisans continue to operate.

At the beginning of the 20th century, a selection of now leading fashion houses began their commercial lives as leather goods stores, including Prada (1913), Gucci (1921) and Ferragamo (1927). Demand for their products in the ensuing decades allowed the Italian leather industry to grow in stature and profitability.

In contemporary times, The Genuine Italian Vegetable-Tanned Leather Consortium has played a vital role in safeguarding the tradition of vegetable tanning in Tuscany. The twenty tanneries within the organisation share a philosophy that values time-honoured expertise, craftsmanship and environmental responsibility. The tanneries continue to produce some of the best leather in the world. 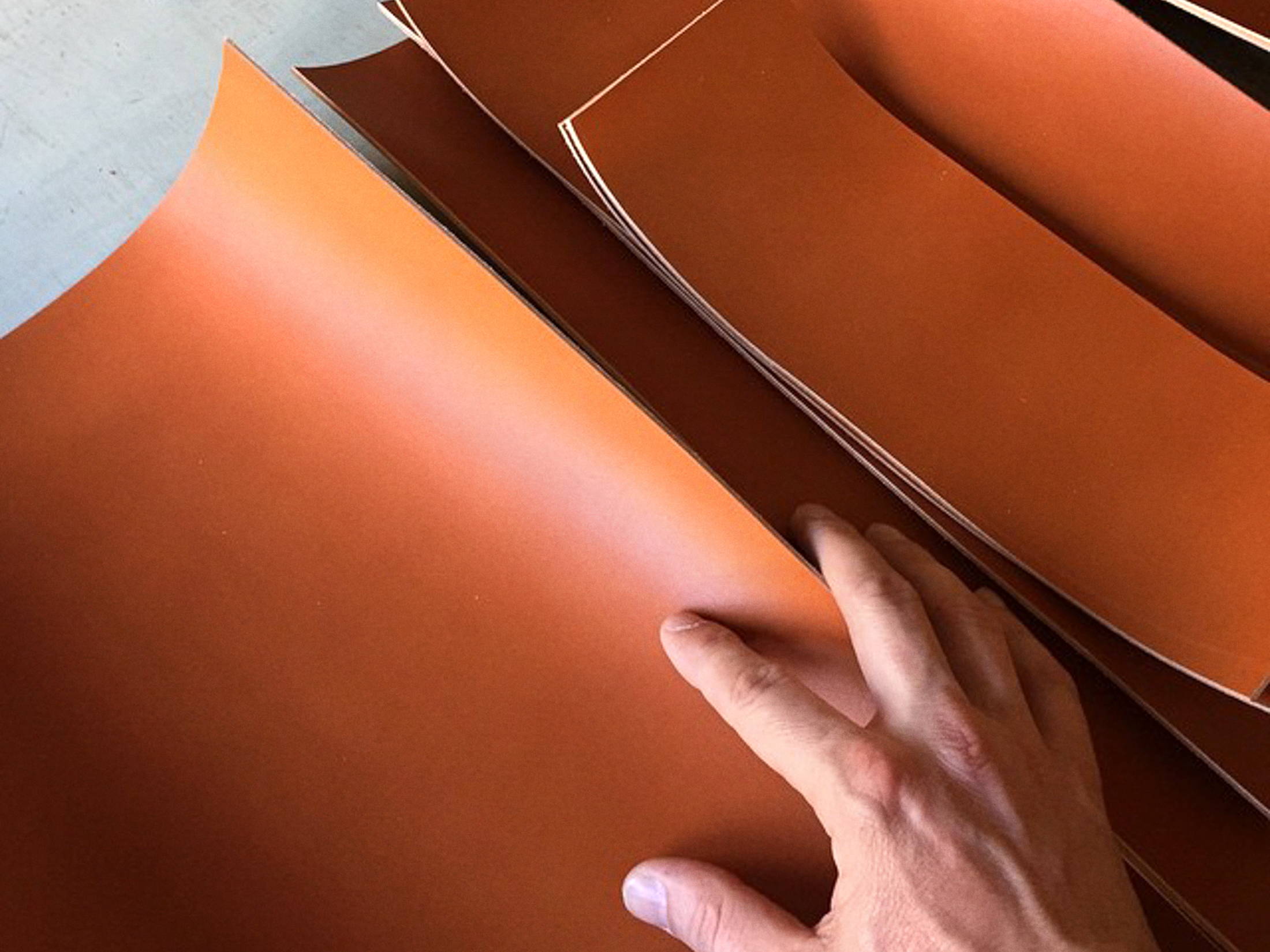 Why is Italian leather so highly regarded?

Part of the success can be attributed to the passing down of knowledge through generations of leather artisans. This is particularly relevant to the practice of vegetable tanning, where the specific blend of tannins used in the process has a definitive impact on the physical properties of the leather, such as the colour and texture. A master tanner will adjust his blend according to the desired finish, often relying on the wealth of information his ancestors have relayed to him.

Another feature of the Italian leather production process is that each stage is highly specialised. Vegetable tanning is a lengthy and complex procedure that can last up to 60 days. The division of labour permits factories to specialise in certain aspects of the process, such as the application of finishing treatments, leading to efficiency gains and increased expertise: each affects the price and quality of the leather.

While Italian leather artisans lean heavily on their heritage, they marry this with a simultaneous desire to innovate and refine existing techniques. Much of this comes down to a willingness to embrace the latest technological developments. 80% of tanning machinery is produced in Italy — allowing the nation’s tanneries to stay in tune with technological developments.

In addition, the constant evolution of legislative requirements ensures that businesses are forward-thinking and the quality of leather remains high. Just as Parmigiano Reggiano is made in compliance with strict specifications, Italian laws on leather processing are equally stringent. Manufacturers found to have ignored quality measures risk being deregistered. From an environmental perspective, the Italian tanning sector is also leading the industry’s sustainability agenda, but more on this later. 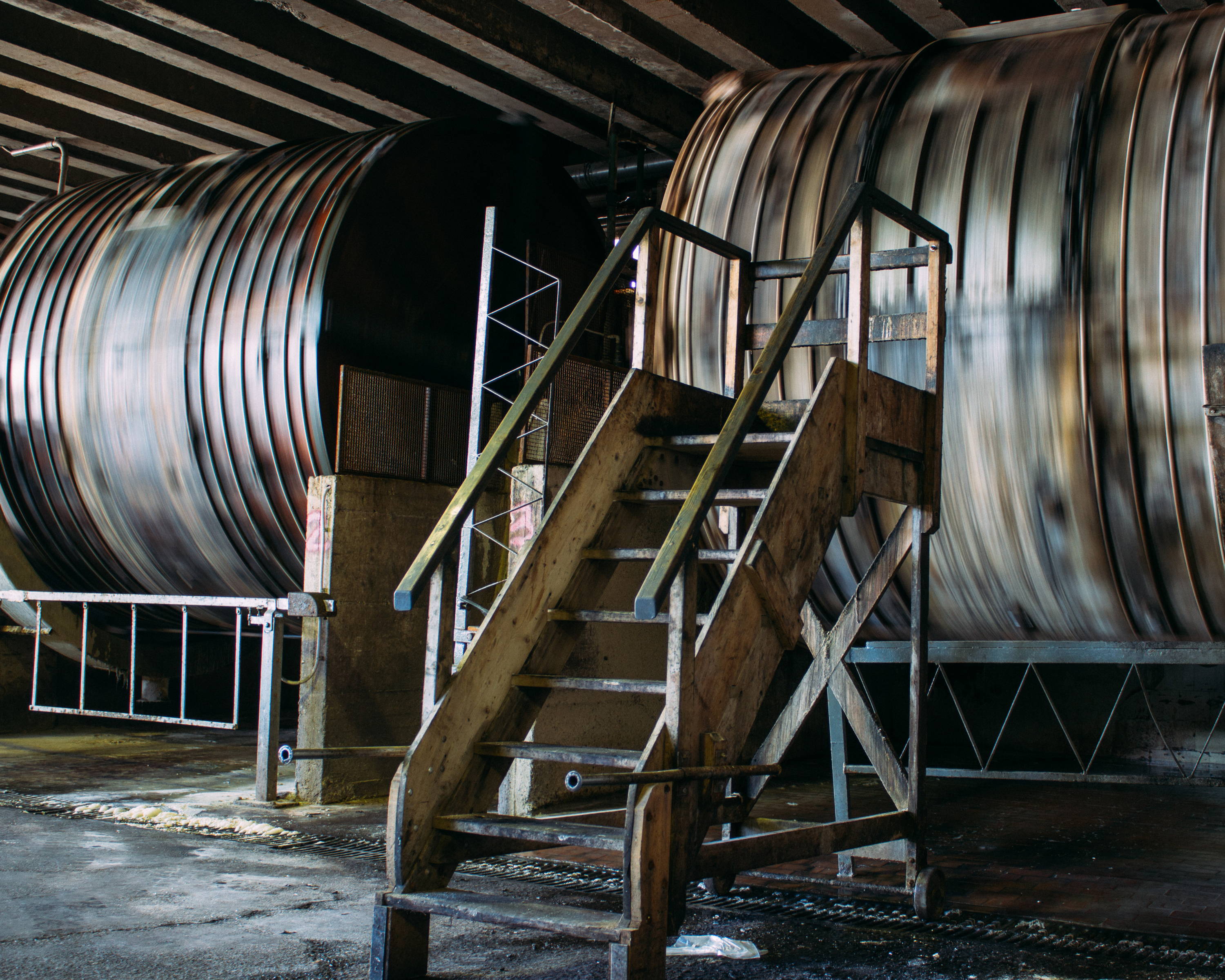 The characteristics of Italian leather

Premium Italian leather (of the full-grain, vegetable-tanned variety) possesses a distinct set of characteristics. Firstly, it has a rich, earthy and woody aroma — the kind you probably already associate with leather. And it tends to be oilier than leather from other countries, largely due to the application of certain finishing treatments.

In terms of physical characteristics, high-quality Italian leather often exhibits warm tones that intensify over time. Because the leather is permeable, it gradually absorbs different elements — like water and dirt — when it comes into contact with them. Over time, fine Italian leather goods will typically display a distinct patina: a desired outcome in the eyes of many leather connoisseurs. And from a structural perspective, Italian leather is renowned for being supple and flexible.

Because full-grain Italian leather does not have its grain structure altered, any natural markings on the surface of the animal’s hide will still be perceptible after the tanning process is complete. Scars or bites fall into this category. As such, each piece of full-grain leather has a wholly unique and natural appearance — which only adds to the aura of exclusivity. 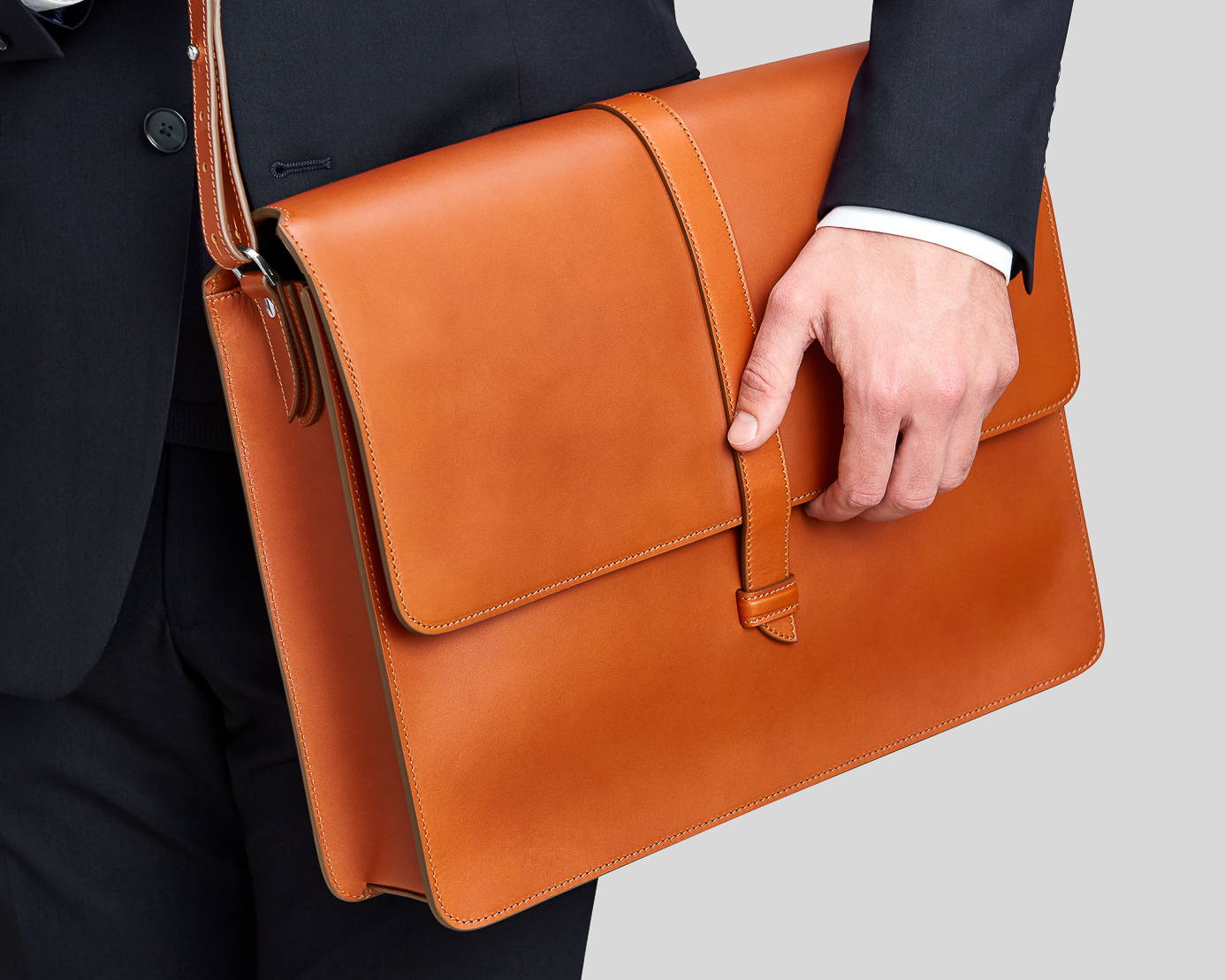 Designer handbags are probably the consumer good most closely associated with Italian leather. The enduring popularity of fashion houses like Prada, Bottega Venetta and Gucci has kept the material in the international spotlight for decades. The fashion world favours Italian leather for its versatility and beauty, but it’s utility extends far beyond handbags.

From shoes to bags and car upholstery, Italian leather is a great option for producing everyday items that can withstand frequent use and poor weather. And due to the superior look, feel and ageing pattern of vegetable tanned hides, it can also be used to manufacture stylish accessories like Italian leather wallets and belts.

At Carl Friedrik, we work exclusively with the finest raw materials available. Our leather is sourced from an Italian tannery called, Artigiano Del Cuoio, based in the heart of Florence. The family-run factory belongs to The Genuine Italian Vegetable-Tanned Leather Consortium and takes great pride in the art of leatherwork. The leather they produce is butter-smooth, refined and long-lasting: it is the underlying material across our collection, from contemporary briefcases to functional home office accessories. 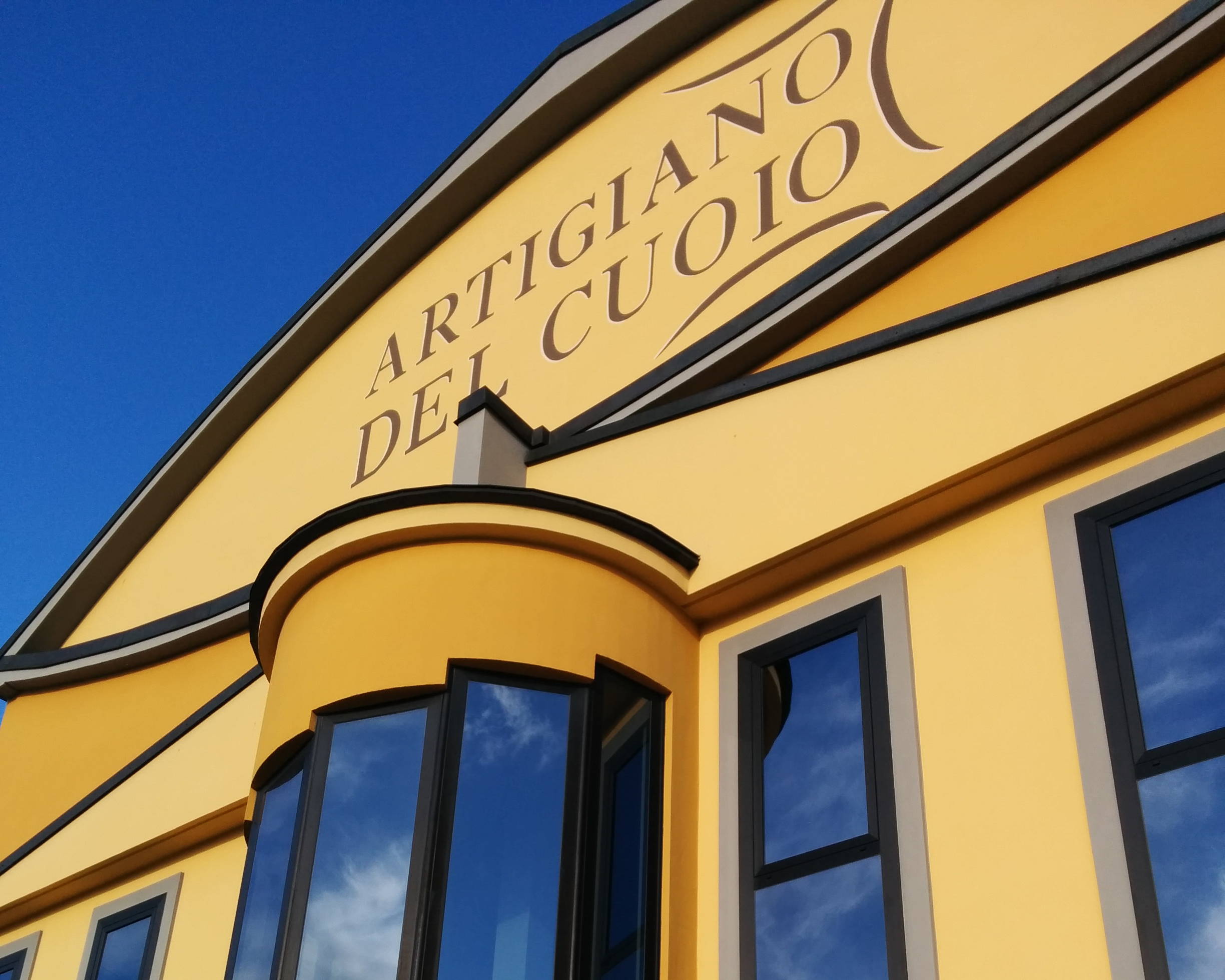 The future of Italian leather

Exports of Italian leather fell by 27% in 2020, largely due to a drop in demand caused by the pandemic. Aside from that, the country is facing pressure from other leather producing players like China, India and Brazil. Chrome tanning, another production method that uses man-made chemicals, is flourishing in Asia. Italian artisans risk losing market share to factories selling inexpensive, inferior types of leather, destined to become mass-produced products.

The situation is not entirely bleak, however. For one thing, Italian tanneries are championing the movement towards eco-sustainability in the industry. Tuscan tanners now strive to directly manage not only purification, but also the proper management of by-products. In a society where consumers increasingly demand industries to show social responsibility, Italian tanneries are adopting a proactive approach.

Tied to the increasing focus on sustainability in the leather industry is the rise of vegan leather. This synthetic leather is touted as an ethical alternative; one that reduces meat consumption and the large amount of greenhouse gas emissions associated with the livestock sector. Here again, Italian tanneries are driving the diversification of leather.

There are other reasons to remain positive. Demand for luxury leather goods is forecasted to grow in the next few years, fuelled by the rise of wealthy middle classes in Asia. And the Italian leather industry remains a behemoth, with an abundance of talent and specialisation. There is little doubt that Italy will remain a dominant and innovative force in the international leather market for the foreseeable future, particularly because the luxury goods is forecasted to see double digit growth in 2021. 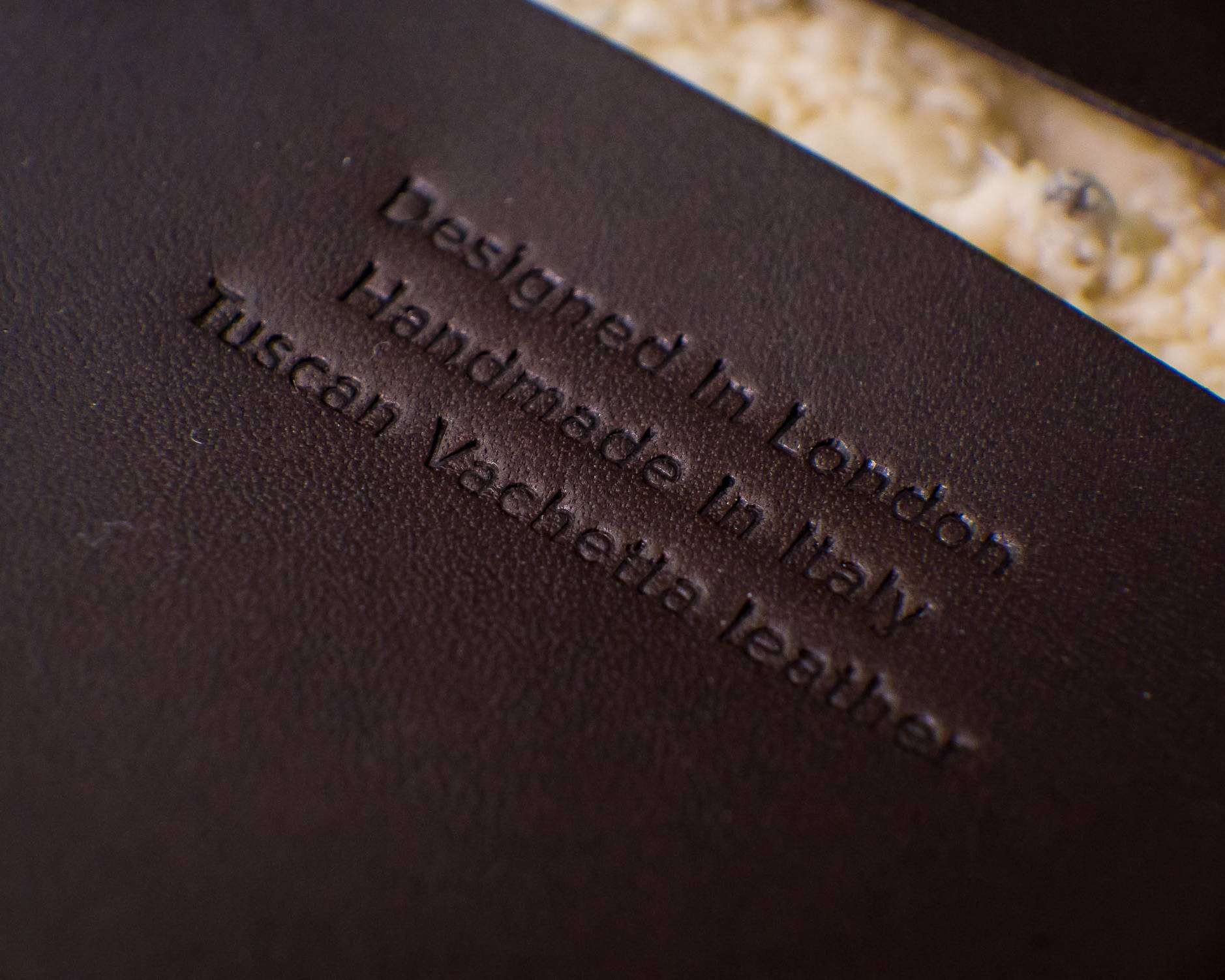 By leveraging centuries-old techniques and remaining open to technological innovation, Italian tanneries have stayed at the cutting edge of leather production. Coupled with strict domestic regulations on the industry, these factors ensure that Italian leather — notably of the full-grain, vegetable-tanned variety — remains a highly sought after commodity.

What is vegan leather?

While environmentalists and animal-rights groups have long been championing vegan leather as an ethical alternative to animal leather, it seems...